As part of Nick UK's "Every Witch Way" exclusive screening event in London's West End, attendees were invited to a special pre-party at the Empire Leicester Square. 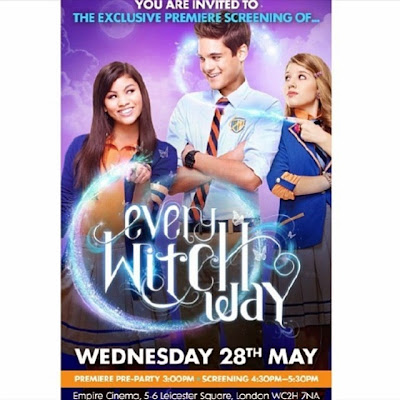 Photo via Nickelodeon Star Louis Tomeo, who plays Robby Miller on "Every Witch Way", on his official Instagram profile page, louis_tomeo.
"Every Witch Way", based on Nickelodeon Latin America's "Grachi", is about Emma Alonso, a teenage girl has to deal with moving to a new town, growing up and falling in love... all while realizing that she's a witch with magical powers. Emma Alonso the new girl at Iridium High, who's found out that she has secret powers as a witch. The show follows Emma trying to juggle making brand new friends whilst learning to control her witch powers! However, Emma soon finds out she's not the only magical one in school...Follow NickALive! on Twitter, Tumblr, Google+, via RSS, on Instagram, and/or Facebook for the latest Nickelodeon UK and Every Witch Way News!
Posted at 5/28/2014 08:03:00 PM
Share
‹
›
Home
View web version