A Snowboard Pro Gets a Brand New Bro in Nickelodeon UK's Brand-New Show!

Nickelodeon UK, the number one commercial kids TV network in the UK, has announced the exciting Nick UK news in their new trailer/promo that Nickelodeon UK and Ireland and Nickelodeon HD UK will start to premiere and show Nickelodeon and Breakthrough Entertainment's brand-new live-action buddy-comedy series "Max & Shred" from Monday 19th January 2015 (exact transmission (TX) time to be announced)!

"Max & Shred" chronicles the hilarious and unlikely friendship between Max Asher (Jonny Gray), a celebrity snowboarder, and Alvin "Shred" Ackerman (Jake Goodman, "Life with Boys"), a science whiz-kid, who become roommates and instant "bros" when Max moves to Colorado to train for the Winter Cup. The two boys must work to become friends and learn to navigate the trials of teenage life from completely opposite points of view. It's gonna be siiiiick! 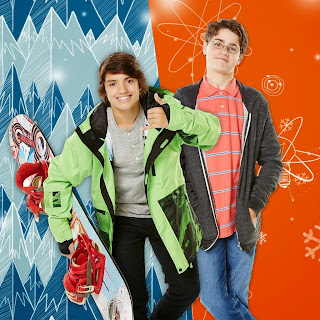 This season on "Max & Shred", the boys will find themselves in hilarious situations that everyday teens' experience. From liking the same girl to navigating the crazy halls of high school to fighting over who gets a new room, Max and Shred may approach life differently but in the end, they always have each other's back. 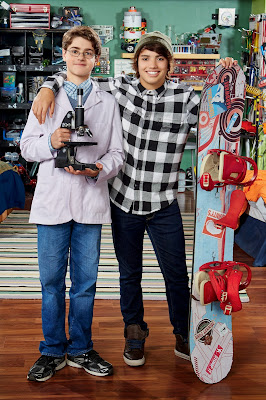 "Max & Shred" (26 X 30) is created by writing partners Ben MacMillan and Josh Greenbaum whose credits include CW's "Swordfighting", CBS's "Homeland Insecurity" and the Paramount feature film "The Mascot". The series is executive produced by George Doty IV who is no stranger to the Nickelodeon family having written and co-executive produced some of the networks biggest hit shows including "iCarly", "Victorious" and the beloved buddy-comedy series "Drake & Josh".Follow NickALive! on Twitter, Tumblr, Google+, via RSS, on Instagram, and/or Facebook for the latest Nickelodeon UK and Max & Shred News and Highlights!
Posted at 1/06/2015 11:02:00 PM
Share
‹
›
Home
View web version